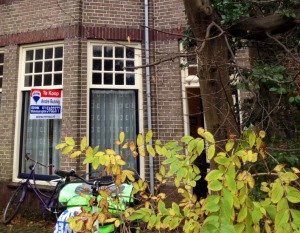 If anything, I know it took us a while – ten months - to find the balance between our American heritage and our Dutch surroundings, and we found home here in Leiden.  With a little patience, trial and error, and ingenuity, I think we’ll find a new normal back in Dallas – meshing our European lifestyle with American culture.  It won’t be the same as when we left - just as everyone else has changed in the past three years.  We’ll find a new dream, and go after it with as much passion as we’ve exerted over the past few years.  In the meantime, I’m going to have a kick out of introducing my children to the Texas and Louisiana cultures they’ve missed.  After all, New Orleans Café’ Du Monde beignets have a strong resemblance to Dutch Oliebollen.
Posted by Celeste at 12:46 PM